We used My Father’s World curriculum for preschool, and enjoyed it so much that we decided to continue with this curriculum for kindergarten. We also decided to just jump right in, rather than taking a long break between the two (but that’s a post for another day).

In a lot of ways, this curriculum reminds me of what kindergarten was like when I was five. A lot of reading and hands-on learning, with a few worksheets interspersed throughout the week. There is a heavy focus on phonics that is taught through a multi-sensory approach.

The curriculum begins with a 10 day review. The only thing covered are the days of creation and letter names. We ended up condensing this review into 1 week, only because it was still fresh in his mind from having talked about it in preschool.

We got lots of books about plants, animals, the sky, and the planets to read during this week. 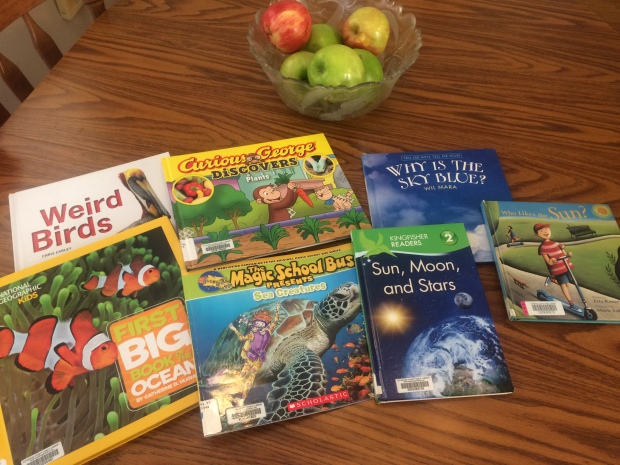 Gunnar also made a creation book. A page for each day of creation. I’m not artistic at all, so we used stickers for things like sea creatures and land animals. His picture of Adam and Eve cracks me up. He even included Eve’s lungs, because we are all about science in this house.

Unit 1 was on the Sun. I really enjoy the unit studies; seeing how one topic can cover so many different subjects, and seeing those subjects intertwine with one another.

Day 1 we introduced the letter S sound, sang the alphabet song 2 different ways (the way it’s normally sung and a different way that reinforces letter sounds). He colored a worksheet with pictures of words starting with S and would say “spoon starts with /sss/; scissors start with /sss/.” He really enjoyed this activity.

Day 2 is handwriting day. I first just gave him the worksheet to finish. He was completely overwhelmed and it ended with him silently crying and saying “I’m not smart enough for this”. So, after we both had a little cry and read a story to calm down, I decided to take a different approach. I introduced several tactile activities, including tracing textured letters and drawing in the salt tray. His confidence soared. “Look at how good my S looks! I’m great at this!” I then gave him the worksheet again and he flew through it.

Day 3 had him working on sound discrimination. He has to circle the pictures on the page that begin with the /S/ sound and put an x on the ones that don’t. He loves this activity and it seems to come easily to him. He now is pointing out the beginning letter in words all the time. When we go anywhere we are on the look out for letters and what they sound like.

He also did a math worksheet. This week we are on number 1. We also introduced the concept of a penny being worth 1 cent. 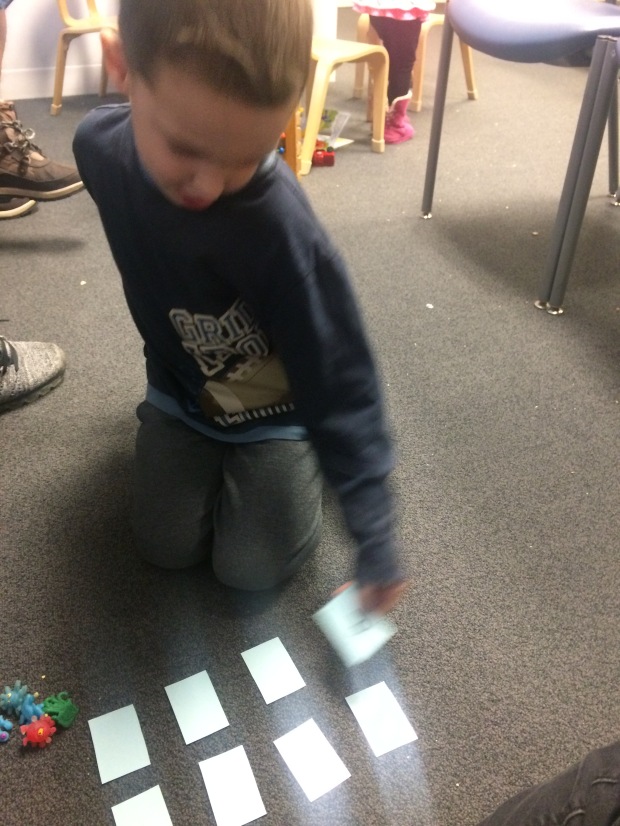 Day 5 he has a drawing page. He draws 4 pictures that start with S. He then writes the word underneath. So far he feels the way I do about drawing, but he gets it done 🙂

Throughout the week we focused on Jesus being the light of the world, and read several science books about the sun.

We ended the week with a trip to the library for a special star lab exhibit they were hosting. A perfect ending to the sun unit, and a perfect way to start unit 2-the moon! 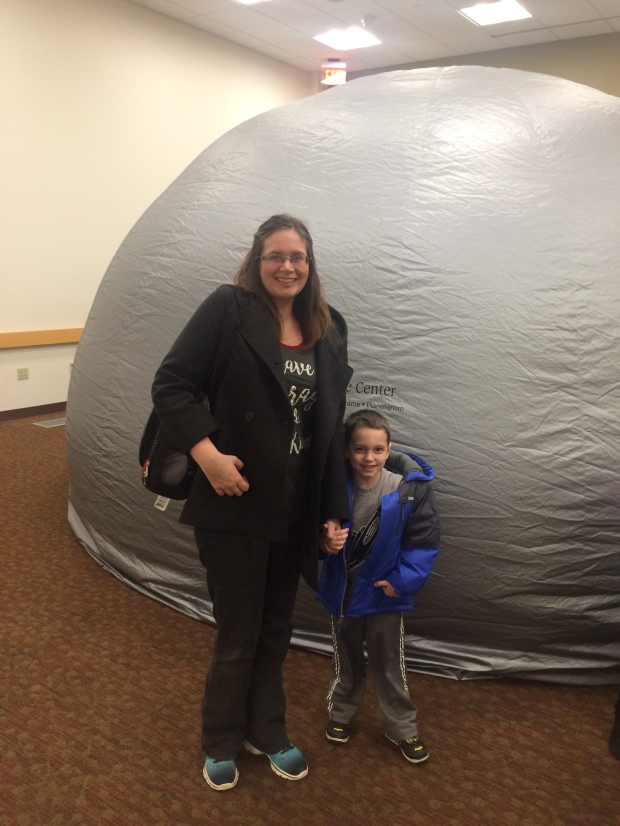 One thought on “Kindergarten: Review Week and Unit 1”